this article will be removed after the sale

I’ve gone mirrorless, so I thought it was a time to clean out one of my closets that is full of Canon cameras, lenses and accessories. And now I have another closet of Nikon gear that I’m doing the same.

Here is the list of Nikon stuff that’s for sale. All items are in excellent to very good condition. This list and availability will be updated until all items are sold. You can see the photos of the equipment below.

There’s a few weeks still left on the summer calendar so jump on in – the water’s fine.

After seeing a demo of this camera last January, I took the plunge and ordered this Nikon 1 AW1.

What’s unique about this camera is that it uses interchangeable lenses and can be submersed – the specs say down to 50 feet. But I’m not a diver so I haven’t used the camera that deep. Instead, I wanted a camera for snapping the family on the beach or in the water.

A sandy beach isn’t a problem – just dip the camera into the water to clean it off. Underwater shots are easy – especially if you’re wearing a pair of goggles – the LCD screen is very visible beneath the surface.

This camera is also built to be rugged. Nikon says that it can withstand a fall from 6 feet, but I didn’t test out this “feature”. When winter arrives it can withstand freezing temperatures down to 14 degrees. 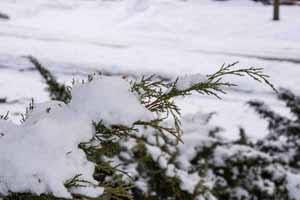 The camera with an 11-27.5mm interchangeable lens sells for about $750. I bought the orange silicone protective sleeve which makes it easier to hold underwater.

The AW1 is mirrorless with a 14.2MB sensor. It’s very compact. Two lenses are submersible: the 11-27.5mm zoom and a fixed 10mm. You can mount other Nikon 1 lenses but they are not submersible. The built-in flash works underwater too so you can add light should you find the subsurface water dark.

This is a lightweight, compact camera that takes good quality images and as you can see is really a blast to use. And a lot of splashing won’t hurt a bit.

Not a week goes by without someone asking me what brand of camera they should buy, a Canon or a Nikon.

Most of the time they’re wanting to replace their good quality point-and shoot camera. They’re looking for more advanced equipment along the lines of a DSLR.

Having owned or used literally dozens of cameras, especially in the past five years, I have a definitive answer which I’ll share with you shortly. But what I find interesting is that so many photo enthusiasts also have very definite answers to this question.

Let me back up a bit and explain why I’m writing this.

A Facebook friend wrote that he was looking for a new DLSR. “Should I buy a Canon or a Nikon?”, he posted. I replied “or a Sony?”. The point I was trying to make was that there are more choices than only Canon and Nikon.

It’s not surprising that a camera brand is a very personal choice. It is as though each photographer is pleading with my friend to heed only his or her suggestion. Isn’t proselytizing their brand like forcing a person’s religion onto another?

Yet when I think about it I was doing the same. I was suggesting that a Sony NEX camera is similar to DSLR but without the weight and bulk. And since I am very fond of carrying lightweight equipment, I frequently use a Sony NEX camera.

Of course I could have chosen a different way to respond to his initial post by asking a few qualifying questions: will he be taking lots of sports or action; are movies part of his photography repertoire; how much money does he have to spend.

But frankly these qualifying questions don’t matter much.

There’s too many slanted opinions for my friend to make his choice based on all of the Facebook replies. I hope my friend makes his choice based on how the equipment feels in his hands; getting the most features for the price; availability and affordability of additional lenses; past experience with previous purchases.

What do you think? Any comments?